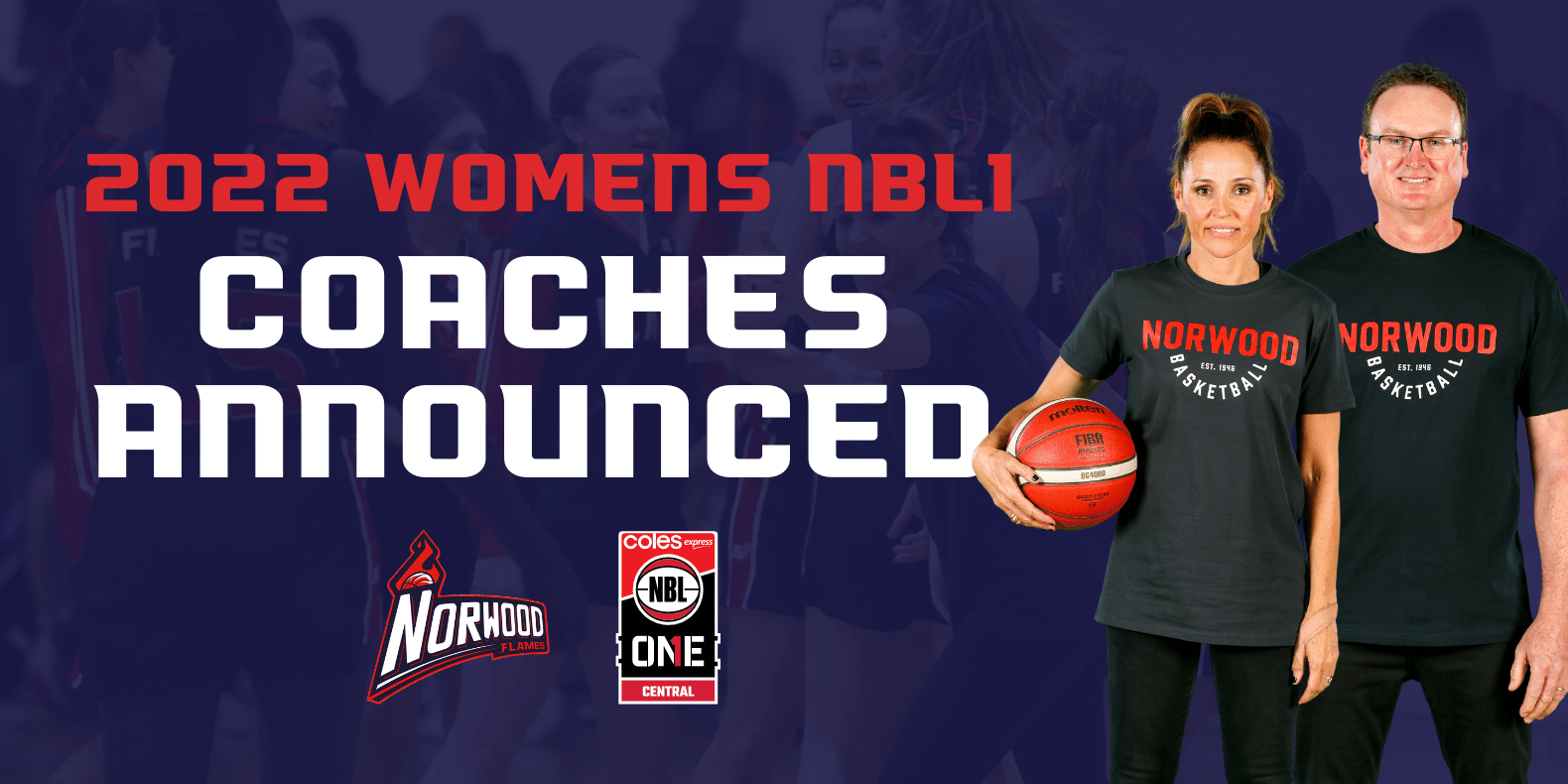 Norwood is pleased to announce the signing of Terry-Jo McNamara as Head Coach for our NBL1 Women’s team for 2022.

Terry took over as interim Head Coach last season and led the team to a 7-2 record, just missing out on finals basketball on the points spread.

McNamara will be joined again by Matt Turnbull, who will take on the role of Lead Assistant Coach in 2022.

Terry has an illustrious playing background; She started in juniors for the Broken Hill Broncos, also representing SA Country in U16’s and U18’s.

McNamara then started playing the premier league equivalent, in 1993 as a 17-year-old for Sturt.

In 1995, Terry then made the Australian National Under 20 team. This was followed by being the Merv-Harris Medal winner in 1996; in 1997 she won the Halls Medal at the age of 21, whilst also being named in the All-Star Five.

She has been involved heavily in coaching in our junior program over the past 4 years and has been an NBL1 Assistant from 2019 to mid-way through last year when she took over Head Coaching duties. Terry McNamara had this to say about re-signing: ” I feel privileged and excited by the opportunity to continue working with the Norwood Flames NBL1 Women’s Program in 2022. We are looking at building a really competitive team, who I think can contend for finals basketball.”

Matt is continuing his role as Assistant Coach for the NBL1 Women, after being instrumental in the 2nd half of the season improvement in 2021.

Matt has been involved with the girl’s district program in either an Assistant or Head Coach role for the last 9 years, varying from Div 1 and down, in all age groups.

Turnbull has really thrived with player development and enjoys seeing players develop their knowledge, fundamentals and skills, both in life and basketball.

Matt is a loyal Norwood member, playing for the Club from U10’s through to Premier League. Matt said: “I really enjoyed working with Terry and the playing group and I’m looking forward to continuing the momentum we have built into 2022.”

The NBL1 season is yet to announce a season start date, but it’s expected to be in April 2022. Watch this space for more player signings and team news for both the Men’s and Women’s teams in the coming weeks.