The Norwood Flames are thrilled to announce the signing of Anthony Green for NBL1 2021!

Green is a 6’10 big man from Quincy, Massachusetts – near Boston, USA.

Green helped the Huskies reach the 2019 NCAA Tournament and was an integral member of their team for years.

Playing against some of the biggest college in basketball including Kansas, Virginia Tech, Syracuse, Davidson, Drexel and many others, Anthony is prepared to perform on the biggest stage.

“On the court he is an above the rim player, that can put pressure on the rim offensively and protect the rim defensively. He was a very good teammate and you could count on him daily to handle his business and do the right thing.

Because of his coachability and dedication, he constantly improved.  He contributed greatly to championship seasons his Jr and Sr year.”

This is not only a playing decision, but one that will impact the club for years to come. With such an elite level player, our young players will be exposed to going up against a player of Anthony’s calibre every day at practice and learn from him constantly. Anthony will also be coaching Norwood junior teams, as well as local High School teams.

This was exactly the type of player Norwood was searching for during our recruitment process.

“We wanted a rim-dominant big who can put pressure on opposition teams offensively. Anthony brings that and can also protect the paint for us on D. He’s a big bruiser, banging big!” said Norwood GM, Will Smith.

Green has goals to make the NBL and will be setting his sights on dominating the NBL1 Central Conference:

“I’m feeling really good. Feeling the most confident in playing, since I’ve had a lot of time to hone in on my skills this past year with my trainers.” Green said about his Covid-19 impacted year off from game-play.

Norwood opens their season away Vs Woodville on April 10th, with our home opener April 17th against Forestville. 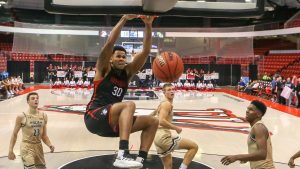 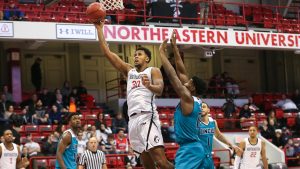